A new study by Tom Timberlake and colleagues at the University of Bristol shows how important late summer flowers and rural gardens can be for supporting bumblebees on UK farmland.

Does this offer an opportunity to devise more targeted agri-environment schemes for pollinators?

Pollen and nectar are the main source of food for bees, including the charismatic and agriculturally important bumblebee. It is no surprise then that declining flower densities – particularly on farmland – are considered one of the most important drivers of pollinator decline. Agri-environment schemes which incentivise the planting of wildflower strips and the expansion of semi-natural flowering habitats such as hedgerows and field margins are an important tool for reversing pollinator declines, but are they really the most efficient way of supporting pollinators? 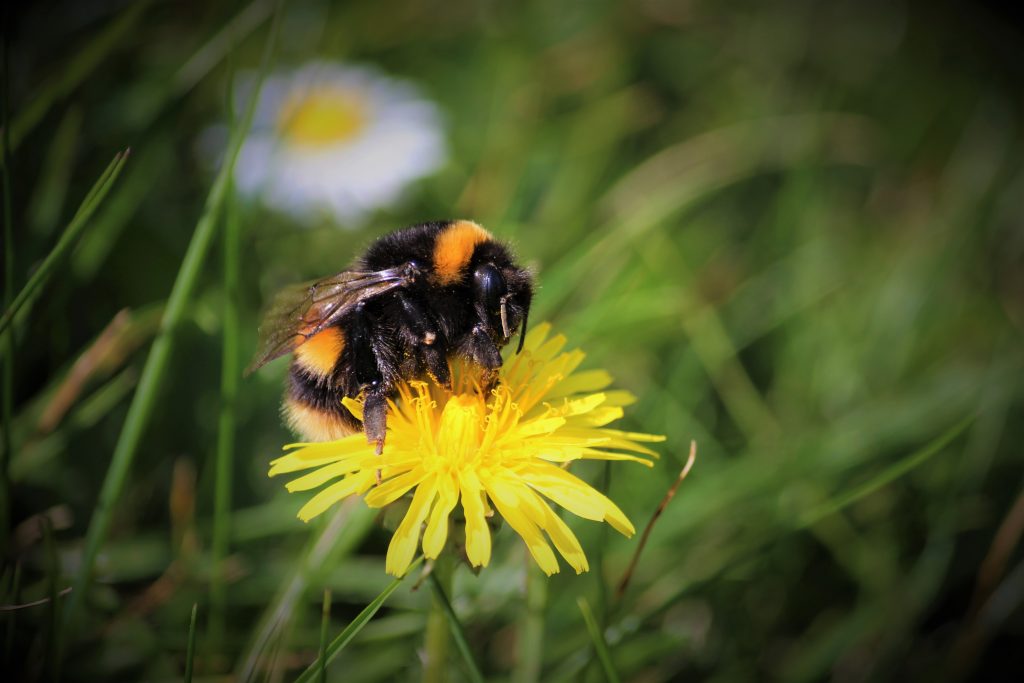 Image 1: For bumblebees like this one (Bombus terrestris), it’s not just about how much food is available, it’s also when that food is available through the year. A dandelion flowering in early spring for example, would be more valuable to a bumblebee than an equivalent flower in mid-summer.

Whilst agri-environment schemes have successfully increased the overall numbers of flowers on farmland, they tend to overlook the timing of when these flowers are available to pollinators. Different plants flower at different times and most of the plants in agri-environment schemes flower in late spring and early summer which often isn’t the period of greatest need for pollinators. Pollinators need a continuous supply of food throughout their flight season, and for species with long flight seasons such as bumblebees, this means from late February, right through until October. ‘Hunger gaps’ of even one week could limit the number of pollinators surviving through the year.

To support pollinators in the most effective and cost-efficient way, it makes sense to find out when these hunger gaps occur and then devise targeted management or planting schemes to plug these gaps. A previous study by our team did just this and showed that nectar supplies on farmland were most limited in early spring (March) and late summer.

To check what effect these ‘hunger gaps’ were having on bumblebee populations, we carried out a study on 12 farms around the west of England. We captured, recorded and released hundreds of bumblebees and then measured all sorts of features of the farms to find out which aspects of the farm were most important in determining bumblebee density.

To our surprise, the supply of nectar in late summer (September) was by far the most important factor driving bumblebee density on these farms – more so even than the amount of natural habitat. Late summer is a very important stage in the lifecycle of bumblebees – it is when new queens are produced and must pile on the pounds before their winter hibernation. A rich supply of flowers is therefore crucial, but with fewer and fewer hay meadows, cover crops and weedy areas to provide this late summer nectar on farmland, bumblebees are struggling.

Image 2: Low nectar supplies in late summer coincide with an important stage in the colony lifecycle, limiting colony density the following year. How might we change the shape of this curve to reduce the September bottleneck?

How to plug the gap

So what can we do to plug this late-summer hunger gap on farmland and support bumblebees? On our farms at least, ivy was the most important plant for providing nectar during this sparse time, so managing your hedgerows and woodland edges to promote this amazing plant is a good first step. Leaving some rough weedy corners for late flowering species like thistles, knapweed, scabious and dandelions can also contribute to plugging the gap.

We found that Environmental Stewardship Scheme pollen and nectar mixes were really effective at increasing overall nectar supplies but were far more effective when mown early, or in multiple phases, to extend flowering into the late summer.

Finally, if you want to give those hungry queen bumblebees a real treat in the run-up to autumn, a tasty cover crop of late-flowering red clover would do just the trick. A single hectare of this crop could provide around 1 kilogram of raw nectar sugar each day and completely close the late summer gap.

There was one final surprise in our results… Small patches of garden were having a significant influence on the density of bumblebees. Farms with more gardens had more bumblebee colonies.

Gardens have a far denser and more diverse supply of flowers than farmland and are often managed to keep things flowering throughout the whole year. These little floral oases seem to be throwing bumblebees a lifeline during periods when farmland offers very little. 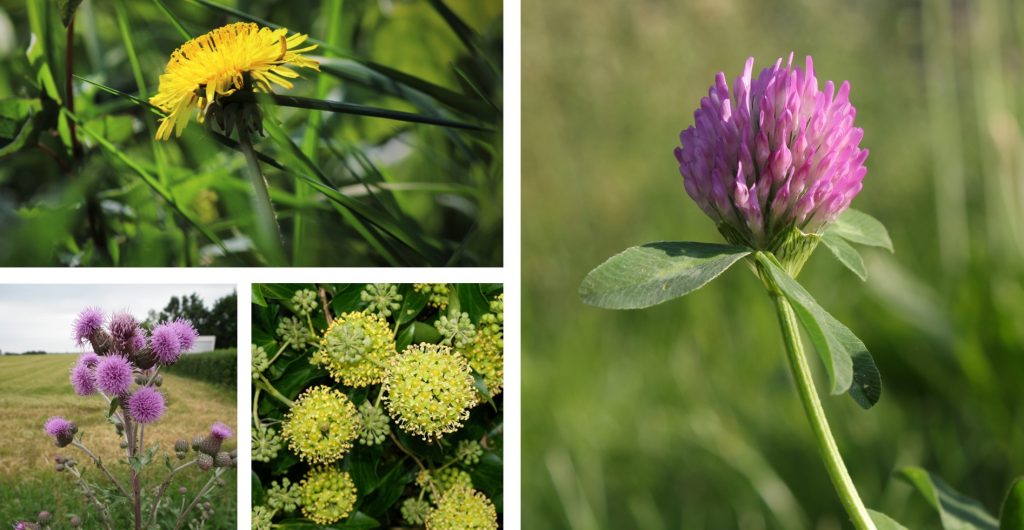 Image 3: Species which flower in September such as dandelions, red clover, ivy and thistles (clockwise from top left) are likely to be disproportionately important to bumblebees and other pollinators. Including these and other late-flowering species in conservation schemes will help fill the late summer hunger gap.

How much and when

The take home message is that it’s not just about how much food we provide for pollinators, it’s also about when that food is available through the year.

Providing more flowers in the early spring and late summer when bumblebees are at their hungriest is a great way to support these important creatures. 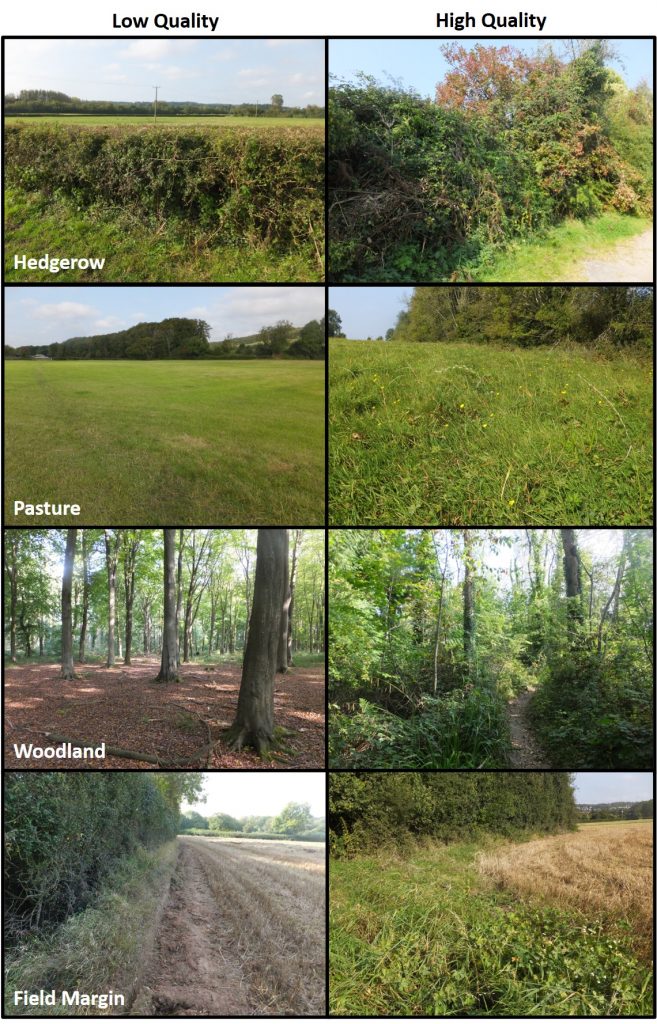 Image 4: Some examples of low quality (left) and high quality (right) farmland habitats for pollinators. The more diverse and flower-rich high quality habitats tend to provide a more consistent supply of nectar through the year, helping to fill those important hunger gaps.

This article is the summary of a University of Bristol-led research paper published by Thomas Timberlake, Jane Memmott, Ian Vaughan and Mathilde Baude in the Journal of Applied Ecology. The work was funded by the Natural Environment Research Council (NERC) with additional support from the NERC Biomolecular Analysis Facility.