Beetle banks mimic the dense grass bases of traditional hedgerows and provide shelter for a great deal of valuable and beneficial farm wildlife.

Beetle banks are grass mounds that cut across the middle of large arable fields, providing permanent vegetation cover for beetles and other beneficial insects.

Typically beetle banks are 2m wide and run the length of arable fields, but can start from 20m out from the field edge to allow fields to still be managed as a single unit.

Beetle banks can also be strategically placed across slopes of fields prone to surface run-off to improve infiltration and reduce the risk of soil erosion.

Beetle banks are generally appropriate for fields larger than 20ha. Fields of 30ha and above may warrant more than one beetle bank.

Beetle banks provide essential over-winter habitat for beneficial predatory insects and spiders which will move into the crop in the spring and feed on crop pests. Beetle banks can be a valuable source of these pest predators, particularly in the centre of large fields as typically beetles and spiders will not travel more than 250m from field margins. The habitat provided by beetle banks can be even more important in landscapes where there are fewer hedgerows and the associated base of dense grasses which would ordinarily offer shelter for beneficial insects.

Beetle banks can also provide habitat for ground-nesting birds, small mammals and amphibians and reptiles. They are preferred by species that nest in open farmland away from field boundaries, such as corn buntings and skylarks, and mammals such as harvest mice. Tussocky banks may also provide nesting and over-winter habitat for bumblebees.

August and September are the best months to establish the grass sward that forms a beetle bank.

Beetle banks are created by ploughing furrows that point towards each other during cultivation to create a raised bank of about 0.4m along the plough line. The headland at each end of the beetle bank can remain cropped. Leaving a gap of no more than 25m between the end of the beetle bank and the field margin will reduce ground predators such as stoats accessing the beetle bank. The bank should be seeded with a native grass seed mix with up to 30% tussock-forming species such as cocksfoot or timothy. The rest of the mix can consist of fescues and bents. The seed should be broadcast immediately after cultivation at a rate of 70kg/ha for good establishment. Although more costly, mixes can include tall, tussock-tolerant wildflowers which can encourage other pest predators such as hoverflies and parasitic wasps.

In the first summer, 3 cuts may be necessary when the sward reaches 10cm in height, to encourage grasses to tiller and to help control invasive annual weeds. Once established, cut the grass strips as little as possible as established tussocks are key overwintering features for many of the species that will utilise the beetle bank. Cutting on a 3 year rotation is ideal, and this will help to produce a diverse grass structure which will support a wider range of wildlife.

Cutting should take place during autumn, before insects look to find shelter over winter.

To improve the degree of natural pest control in large arable fields, beetle banks should be located through the middle of fields larger than 20ha, between tramlines so that the crop can still be sprayed on either side with minimal disruption to spraying operations. To intercept surface run-off, beetle banks should run along the contours of the slope so that the raised bank holds up water running down the slope and increase the rate of infiltration into the soil.

Beetle banks are particularly vulnerable to the effects of pesticide drift where they are sprayed on either side. This can reduce their ability to harbour beneficial insects and spiders. Adding grass buffer strips to both or either sides can help to alleviate this. On light soils with a low weed burden, conservation headland management on either side of a beetle bank will enhance its value for insects and birds whenever the adjacent crop is a cereal. Alternatively, more habitat diversity can be created by establishing flower-rich habitats on the adjoining sides to further bolster populations of beneficial insects.

For more detailed information, the Game and Wildlife Conservation Trust has some useful tips on how to create and manage a beetle bank 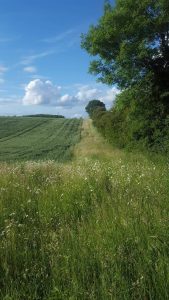 Author: Kelly Jowett: If there was an agent acting within your crops that could reduce eggs and first instar larvae of the cabbage root fly by up to 90%; reduce emerging wheat blossom midge by 81%; and reduce seed stock of crop weeds in the range of 65-90%, then I’m sure you’d want to keep… 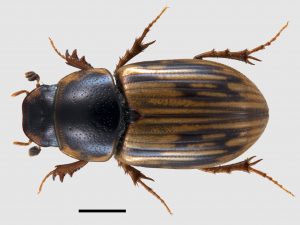 Author: Ceri Watkins, Co-Founder of Dung beetle UK Mapping Project Species: Dung beetles Why is farmland important for these species? There are approximately 60 species of dung beetle in the UK. They are not the ‘ball rollers’ seen in warmer countries and on TV, instead they live inside the dung pile (dwellers) or in the… 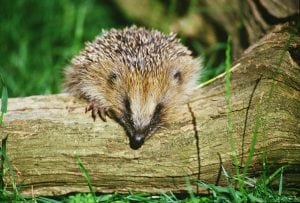 Hedgehogs have been associated with farmland for centuries. Hedgehogs are insectivores, foraging in fields and on grassland for worms, and along field margins and at the base of hedgerows for beetles, snails and other invertebrates. They are considered a generalist species, but as the dominant habitat in the UK, farmland is particularly important for hedgehogs.