Well-managed flower-rich pastures support a range of plants and fungi, and where they are managed to produce a varied sward structure, can support good populations of insects, reptiles and ground-nesting birds such as skylarks, meadow pipits and lapwings.

Wildflower-rich pastures can support a large number of plant species as well as providing habitats for many birds, reptiles, amphibians, invertebrates and mammals. In particular they provide very important supplies of pollen and nectar for bumblebees and other insect pollinators, and habitat for ground-nesting birds. Maintaining areas of wildflower-rich pasture is a very high conservation priority across the UK.

Wildflower-rich pastures were once a common part of the farmed landscape, however many have been converted to arable cropping or re-seeded. These habitats can provide highly nutritional grazing for livestock. Well-managed flower-rich pastures support a range of plants and fungi, and where they are managed to produce a varied sward structure, can support good populations of insects, reptiles, amphibians and ground nesting birds such as skylarks, meadow pipits and lapwings.

There are many types of wildflower-rich pasture, including:

Pastures are grasslands that are primarily used for grazing animals for all or part of the year. Each type of grassland is different so management will vary according to the type of pasture, where it is located and under what livestock system. It is important to identify all of the wildlife features present on your wildflower-rich pastures before deciding on management. Consider how plants can be allowed to flower and set seed and how to produce a varied vegetation height for birds, insects, reptiles, mammals and other wildlife. It is also important to consider how the wildlife needs can be balanced with providing useful grazing for farm livestock.

On many pastures, annual grazing begins in March. Ideally grazing is reduced or removed for a 4-6 week period in the spring/summer to allow plants to flower and set seed. Cattle are often the preferred grazing animal during this period as they graze at a greater height than sheep and they are less likely to graze off all the flowers, leaving these for insects to feed on. Rotational grazing can help ensure there are always some areas left ungrazed and allowed to flower. High stocking densities of cattle grazing may result in trampling of any bird or insect nests present.

Grazing levels may be higher later in the year in order to remove vegetation however some taller (15-30cm) or tussocky areas should be left for wildlife to use over winter. Intensive or ‘mob’ grazing can be undertaken to remove excess grass growth, however care is needed to avoid reducing the sward height too low and not to destroy the diverse grassland structure. Livestock may need to be removed later in the autumn/winter when the weather is wetter to avoid poaching and damage to soils and wildlife.

Unlike wildflower-rich hay meadows where a crop is removed annually, avoid applications of farmyard manure on pastureland as these will increase inputs of fertility. Grassland fungi, including the rare waxcaps are extremely sensitive to applications of fertilisers, manures and lime and can be severely damaged.

Some wildflower-rich pastures, including the rare Machair and Whin grasslands may require more site specific management. You may wish to contact a wildlife organisation for further advice. Further information is also provided in the links below.

How to manage hay meadows and pasture - Save our Magnificent Meadows

Calcareous grassland - Save our Magnificent Meadows 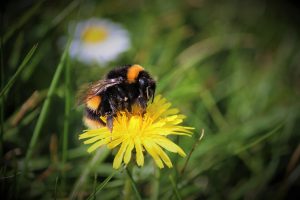 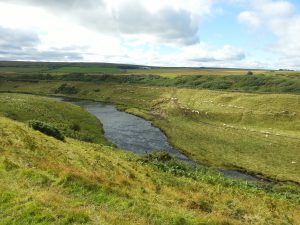 Author: Katy Malone Farm: Todholes Farm, Caithness Todholes Farm is a 170ha lowland livestock farm in Caithness, where Ian Campbell raises prize winning beef cattle and sheep. Ian Campbell took over the 170ha holding around 1990. Previously his father had managed the farm, having moved to Caithness in 1951. Since then, Ian has built up…