These are some of the most plant and insect-rich habitats in the UK and support some of our rarest orchid, butterfly and bee species.

Lowland chalk and limestone grassland is a high priority habitat for wildlife. These grasslands are found on lime-rich (pH >7), nutrient poor dry soils derived from, or overlaying, chalk or limestone bedrocks. Historically they have been grazed at a very low intensity which, combined with the soil conditions, has produced wildlife habitats with high plant and animal diversity. These are some of the most plant and insect-rich habitats in the UK and support some of our rarest orchid, butterfly and bee species.

Large areas of chalk and limestone grassland have been lost and the disappearance of these areas has led to major declines in wildlife, including wildflowers, bumblebees, butterflies, reptiles, amphibians and farmland birds. These grasslands continue to be lost or damaged through use of fertilisers and herbicides, over-seeding with more agriculturally competitive fodder grasses, ploughing for arable crops, new forestry, urban development, road building and recreational pressure. These grasslands are now rare in the UK, with the largest area in Europe present across the Salisbury Plain.

Some of our rarest species are now living on very small fragments of chalk and limestone grassland and are threatened with extinction. These habitats can have over 40 plant species per square metre and support an impressive range of other wildlife.

Chalk and limestone grasslands were traditionally grazed at a low intensity, usually by mixed cattle and sheep grazing. Changes in grazing have produced less varied swards which are less valuable to wildlife. Some areas are currently too heavily grazed which is damaging the grasslands and increasing nutrient levels. Conversely, a reduction in the availability of grazing livestock has led to abandonment of some grasslands, increasing growth of scrub and coarse grasses.

The most wildlife-rich chalk and limestone grassland sites have areas of shorter grassland, which supports many low-flowering plants, alongside areas of bare ground, longer vegetation and scrub which provides habitat for insects, birds, amphibians and reptiles. The diversity of wildlife can increase further where other habitats such as woodlands, hedgerows and arable margins occur in surrounding farmland.

Manage grazing to create a varied grassland structure. This varied sward or ‘mosaic’ can be created by low intensity grazing with cattle or sheep, sometimes in combination with rabbit grazing (the latter can create areas of disturbance preferred by many insects). Too heavy grazing will produce a uniform, lawn-like grassland across the whole area which will support less wildlife. Maintaining some areas of scrub and taller grassland is incredibly important for a range of wildlife, however too little grazing may eventually result in rank grasses and scrub encroaching on large areas.

Livestock are usually removed by the end of March or when plants start to grow, and then remain off the pasture until plants have flowered. After flowering, livestock are brought back, and can remain on the grassland until they have reduced annual grass growth. Some longer tussocks of vegetation should be left into the autumn and winter months as overwintering habitat for insects, reptiles and amphibians. If a build up of coarse vegetation is harming wildlife interests, cattle, pony or pulse (mob) grazing for a short period of time can help remove excessive growth.

A mixed regime of more heavy followed by light grazing can help to create small areas of bare ground, short turf and taller grassland with tussocks. Small sites can be managed in rotation, preferably over three years, so that plants can flower, develop seeds and produce seedlings.

Cutting is occasionally used where grazing is not available or practical. This should be done late in the season in order to retain seeds of grasses and herbs and the cuttings should be removed from the site. Leave some areas uncut every year.

It is important to achieve a balance between open sunny areas and scrub. Scattered scrub and small areas of dense scrub provide an essential habitat for many insects, birds and reptiles. Cattle and pony grazing can be used to maintain this balance and prevent further scrub expansion. Scrub encroachment onto important grassland areas needs to be controlled, and this is best achieved before dense thickets are formed. Scrub should be removed sensitively as some wildlife species are associated with new and emerging scrub and others are associated with the shaded conditions underneath. Grazing can be used following cutting of scrub to browse and prevent regrowth. Further advice is provided in our ‘scrub’ advice note.

Many species of insect, reptile and plant rely on small areas of bare ground within a varied sward, for basking and or nesting. Grazing with cattle, ponies and sheep, or disturbance by rabbits will generate some bare soil. Mechanical creation of small scrapes or patches can also be beneficial. Harrowing or other small-scale disturbance can be used to create a gradual transition between closed turf and any adjacent arable land.

Fertilisers and other inputs

Artificial fertilisers and other inputs such as pesticides should not be applied to chalk and limestone grassland as they will greatly reduce the diversity and number of plants and other wildlife.

Chalk and limestone grasslands and the wider farmed landscape

Even small areas of these grasslands can provide refuges from which wildlife can spread across surrounding farmland. Ideally adjacent areas should be managed to create a buffer from more intensively farmed areas.

As so much of this habitat has been lost many remaining areas of grassland are isolated from each other and too small for populations of some species to survive. Action is required to enlarge or reconnect them. Further advice on restoring and creating grasslands can be found in our other advice notes.

Timescales for the rehabilitation of priority lowland grassland

Author: Lynne Roberts . Farm: The RSPB’s Manor Farm, Newton Tony, Wiltshire Aims and setting: Manor Farm is a 296 ha working farm strategically placed between two of the largest tracts of semi-natural chalk grassland in the British Isles – Salisbury Plain and Porton Down. The RSPB purchased Manor farm in 2006 and have been… 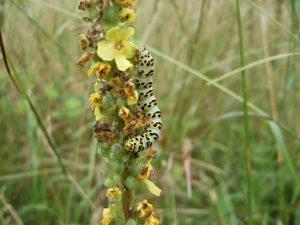 Author: Tim Pryor-LettleyFarm: Matterley Estate, Hampshire Matterley is a 2400 acre mixed farm with 200 dairy cattle and 1100 acres of arable including wheat, barley and oilseed rape. The estate ownership and farm management has been in the Bruce family for three generations. Peveril Bruce is a member of the Winchester Downs Farm Cluster group.…