Seed-eating birds generally experience a glut of food in the autumn immediately after harvest, but increasingly struggle to find food during the ‘hungry gap’ – the period between stubbles being cultivated and new seed sources becoming available in spring. Traditional rotations historically produced a mosaic of different crops and ley areas in which wildlife could find food and shelter.

Seed-rich habitat can be created by sowing wild bird cover crops with seed-bearing plants and leaving them unharvested over winter or by leaving weedy over-wintered stubbles until at least mid-February, and ideally March.

In modern crop rotations, where land is usually cultivated immediately after harvest for winter crops like wheat and oilseed rape, similar opportunities for wildlife can be limited. By creating 2ha of seed-rich habitats and cover crops per 100ha, you can help to support seed-eating birds throughout the winter.

Wild bird cover crops provide food and shelter for game birds – the only difference between these and traditional game strips is that the priority is the provision of seed food for a wide range of seed eating birds, rather than providing holding cover for game birds.

Annual cereal mixes can provide reliable food supplies for yellowhammers and corn buntings, while game birds benefit from the cover provided by kale-based biennial mixtures. Using a mix of a cereal and an oil-rich crop such as kale, linseed or quinoa will benefit the widest range of species, including grey partridges, song thrushes, tree sparrows, linnets, yellowhammers, reed buntings and corn buntings. Millet can also be a good addition, and red millet is particularly good for tree sparrows.

Different plants run out of seed at different times in the winter season so it’s good to have variety and extend the life of the winter cover.

The ideal time to establish wild bird seed areas is in April or May, by preparing a seedbed and drilling the crop. A cereal component is important, as well as an oil-rich crop such as kale, millet, linseed or quinoa, but crops such as mustard, forage rape and millet can also be included. A mix of crop types will provide the maximum benefits to the widest range of species. The best sites are near to thick hedges which provide safe cover for birds.

If spring sowing is not possible, crops can be established in the autumn, but be aware that they will then only provide seed food in alternate winters (for annual mixes) or in two out of three winters (for biennial mixes).

At the end of its final winter, destroy the cover in late March or early April and re-establish the mix as soon as possible. Sowing a cereal mix and broadcasting the other crops before rolling should achieve good establishment.

Crops can be replaced annually or every 2 years. Two-year crops including a biennial crop provide better cover for game birds, whereas annual, cereal-based mixtures provide continuous food for seed-eating birds. If biennial crops are used, establishing blocks in alternate years will ensure that there will be a mix of seeds available every winter.

Nitrogen fertiliser may be required in some cases for successful establishment and to boost seed yields, dependent on the crops used. It may also be necessary to relocate plots if disease levels (e.g. of brassica club root) or weed pressures prevent establishment.

As with all crops, wild bird cover is susceptible to competition from weeds, and attack by pests and diseases during establishment. Insects and weed seeds are important components of the diet of farmland birds, so the use of insecticides and herbicides should be kept to a minimum. Any use of insecticides and most herbicides will require derogation for plots grown as part of agri-environment scheme funding.

Creating wild bird seed areas can be complemented by providing brood-rearing cover for grey partridges. They are established in spring or autumn each year by creating a 20m strip alongside tussocky grass margins where the birds are likely to nest. The seed rate should be low (60kg/ha cereals and 6kg/ha mustard or rape) to create an open habitat that gives the birds access to the ground and low-growing weeds.

As the season goes on, winter bird covers may run out of resources so it’s a good idea to undertake supplementary feeding around these areas, particularly later on in winter (December through to March). 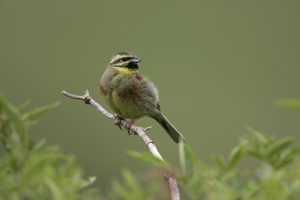 Saving the cirl bunting from extinction in the UK

Author: Lynne Roberts A desperate situation The Cirl Bunting is the UK’s rarest farmland bird. Having once been widespread in southern England and Wales, the UK population of Cirl Buntings suffered a dramatic decline from a peak in the 1930s. In 1989, a national survey recorded just 118 pairs, mostly in the south of Devon.… 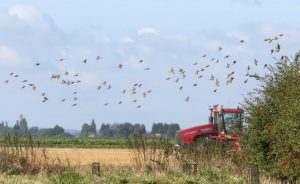 Case Study: Do we really need to feed the birds?

Nicholas Watts from Vine House Farm shares his experience of providing additional seed food for birds on his farm, and the benefits this has had for tree sparrows in particular. I am often asked do we really need to feed the birds? As someone who sells bird food I am bound to say yes, but… 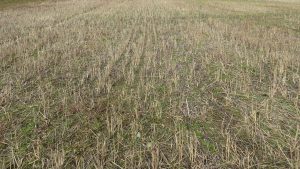 Wild bird cover and the retention of winter stubbles were chosen to help provide adequate feeding opportunities for priority seed-eating bird species such as the yellowhammer, tree sparrow, skylark and linnet. These features are important during the harsh winter months, when food sources are often scarce 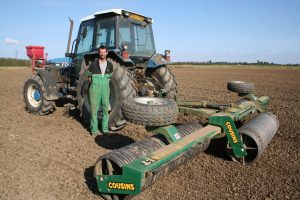 Author: Steve Pinder Farm: Greeves Farm, Cambridgeshire I am a County Council tenant farmer. I grow winter wheat, beet, rape, and potatoes. I used to grow plots of miscanthus as game cover, which were shot by a small shooting syndicate. No birds were released and the shoot relied on attracting ‘wild’ pheasants. My wife runs a… 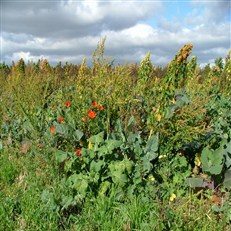