In the North Pennine Dales, the RSPB are working with farmers and land managers to enhance farm wildlife, concentrating on five dales; the Allen Valleys, Baldersdale, Lunedale and Upper Teesdale.

The North Pennines is a special place, providing excellent habitats for a wide range of important wildlife. The landscape has the highest density of breeding waders in mainland UK and more than 80% of England’s black grouse. As a result, the area has huge potential to help boost populations of nationally declining upland birds including lapwings, curlews and black grouse.

Thomas Raine originally came from Teesdale and always regarded the area as "God's own country". He very generously left some money in his will to the Campaign for the Protection of Rural England (CPRE) to help protect the area he loved. The Durham Branch of CPRE decided that it would be appropriate to spend some of the legacy by helping the RSPB to increase the amount of wildlife-rich habitat on farmland in the area.

As a result, the RSPB have been working with three farms in Baldersdale and Lunedale. On these farms, we have funded the cost of hiring a local contractor to control dense soft rush in fields that will be suitable for breeding waders once the rush cover has been significantly reduced.

Soft rush (Juncus effusus) is an important aspect of the upland landscape. It provides shelter for stock, particularly young lambs, and is an important habitat for various birds, invertebrates and insects.

Traditionally, soft rush stems were soaked in fat and used in household lamps as wicks, as it was a cheaper alternative to candlelight. This practice was revived during the Second World War in some rural areas.

Unfortunately, soft rush can also be invasive and troublesome. It spreads by rhizomes (underground plant stems capable of producing the shoot and root systems of a new plant) and each seed head can produce more than 8,000 seeds every year, which can remain dormant within the soil for at least 20 years until the conditions are right for them to germinate.

It can spread rapidly to form extensive, dense stands, and is tough and waxy so most livestock will avoid eating it. Once a soft rush infestation covers more than a third of a field, the value of that field is significantly reduced for both breeding waders and grazing livestock.

There are several methods for controlling soft rush, the main ones being cutting, herbicides, grazing and re-seeding. Sometimes a combination of several techniques is utilised. The choice will be influenced by a range of factors such as the topography, botanical diversity, ground conditions, cost and proposed management after control.

In the lowlands, rush is often managed using a combination of cutting in late summer, followed by weed wiping with herbicide 4-6 weeks afterwards. In the uplands however, plants grow much slower and we do not get enough rush re-growth following cutting to be able to follow up with weed wiping before the end of the growing season.

Up here in the hills, we therefore weed wipe without cutting the rush first. This method is proving to be successful in the North Pennines. The weed wiper is towed behind a quad bike, and has a rotating brush which is set to such a height that it applies the herbicide directly to the rush stem. This enables us to control the rush without damaging the grass or any botanical diversity in the field. Just four weeks after weed wiping, the soft rush has started to die off.

We have funded weed wiping on about 32ha of soft rush across the three farms this autumn and are planning to monitor the success of this work by carrying out breeding waders surveys next spring.

Now that the 2014 rush control work has been completed, we are talking to farmers in the area about using the remaining legacy money to fund some more habitat creation. We are currently preparing to plant a small area of scattered trees on a farm in Baldersdale for black grouse this winter, and will be on the look out for a suitable site to create some scrapes next year.

Breeding waders are very much iconic species in Shetland. This particular feature forms an integral part of a holistic plan and along with mown grassland for wildlife management benefits breeding waders.

Uradale Farm covers 750ha of mostly heather moorland. On the lower ground there are about 200ha of semi-improved and improved grazing and a few hectares suitable for growing crops. The whole unit is organic, and now carries a flock of 600 Shetland ewes and a breeding herd of 30 Shetland cows. Lambs and beef are sold to Lidgates Butcher in London during September to November each year and the wholefood shop in Lerwick, Scoop, sells lamb in season and mutton and beef all year. 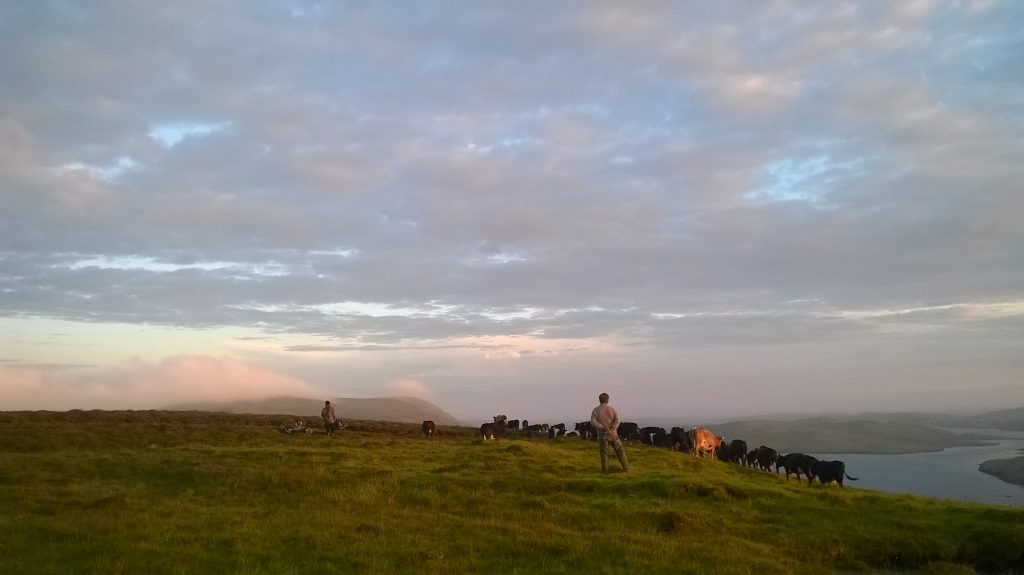 The organic status of the farm and the environment are important for marketing the meat, wool and a holiday cottage. So maximising benefits to biodiversity are important but this has had to be balanced against the sustainability of the unit and the ability to finish native stock on as much home grown feeding as possible. Grazing animals are either removed for 6 weeks or at a reduced stocking level for 3 months during the wader breeding season.

Stocking levels have to be kept low in order to make the organic system work on this unit so wet grassland for wader management fits in with the farming system fairly well. 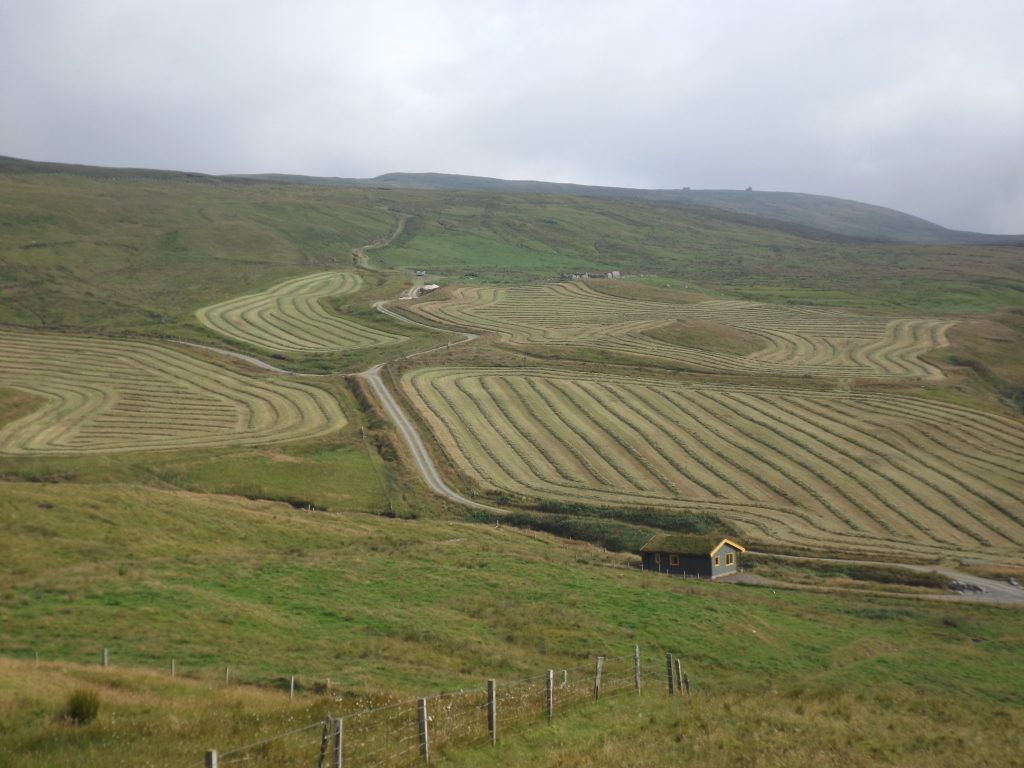 Greylag geese numbers have increased and have a detrimental impact on adjacent silage fields.

This is an option that works well from an agricultural point of view on a unit where stocking densities are lower than average. Topping of rushes is needed in some areas and this is fitted in after the birds have finished breeding but before the ground gets too soft. The influx of greylag geese is a disadvantage that farmers will want to consider.

Uradale Farm is also a High Nature Value (HNV) farm, and farmer Ronnie Eunson has signed up to the HNV Manifesto - calling on governments, HNV farmers and crofters, farming groups, environmental organisations and citizens to work collectively to ensure the very best support for nature in HNV areas across the UK. Find out more about HNV farming and listen to farmer Ronnie Eunson talk about his farm here. 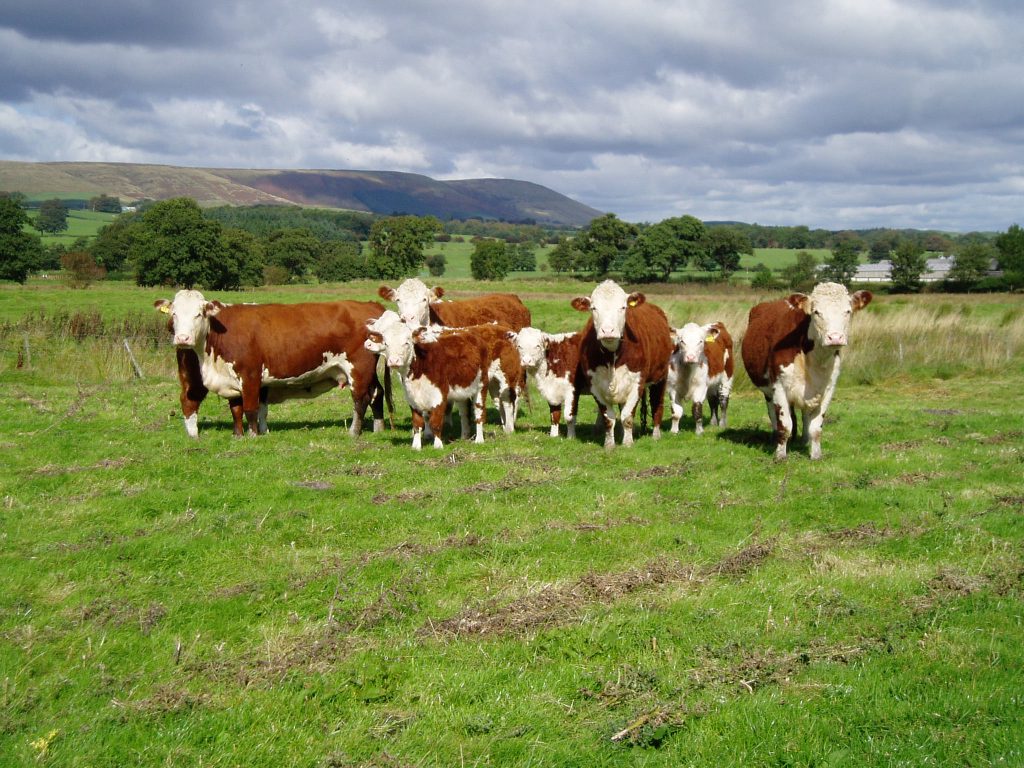 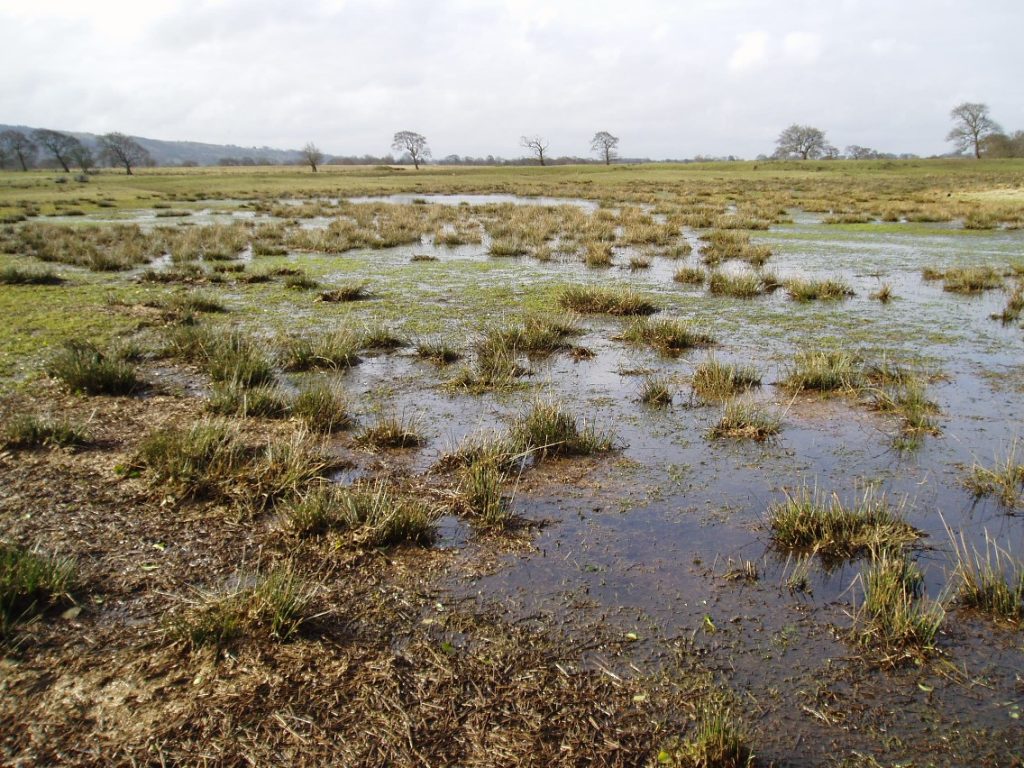