Welsh dairy farmers and bumblebees don’t normally crop up in the same context but a group of organic dairy farmers in Wales, who market their products under the Calon Wen brand, are hoping to change things.

Six of the Calon Wen farmers have been growing multi-species Herbal leys, which include flowering herbs, legumes and grasses, for a three-year European Innovation Partnership (EIP) Wales project.

The project is aiming to show that some simple changes to grassland management can go hand in hand with boosting pollen and nectar resources for bumblebees and other pollinators. 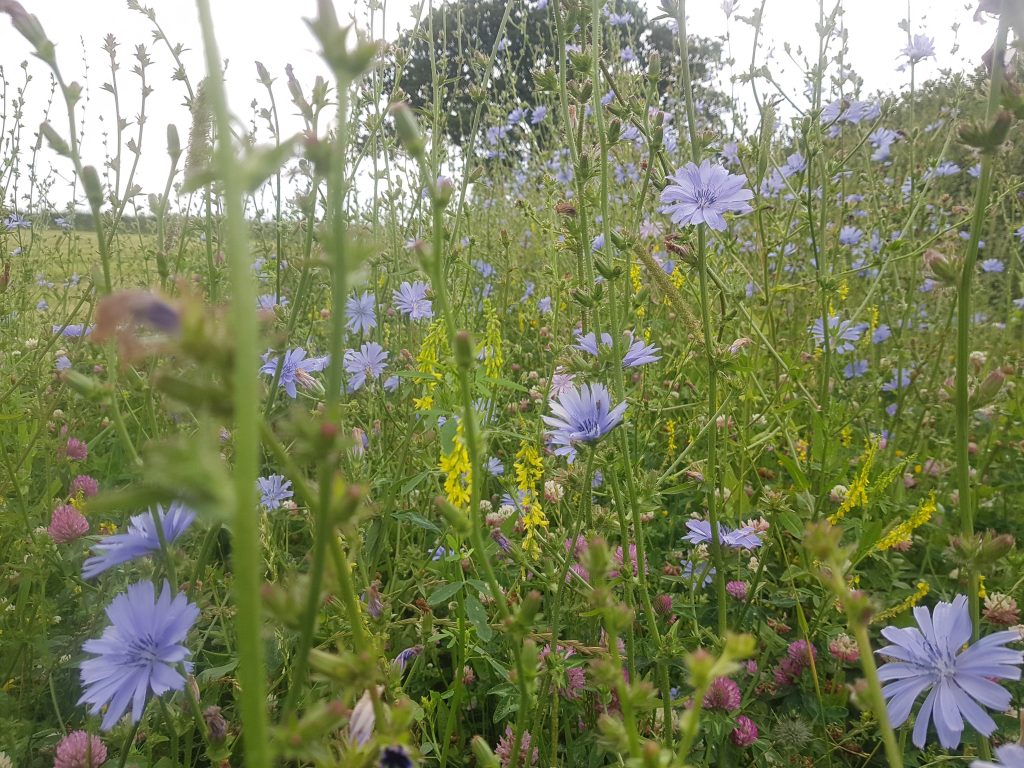 In 2018, each of the farmers sowed a Herbal ley from Cotswold Seeds which includes bird’s-foot trefoil, clovers (red, white, sweet and alsike), sainfoin, and other species which can help to enhance pollinator populations.

During the silage season, the farmers have been leaving a 100m by 4m uncut (or ungrazed) strip along a field margin.  During first or second silage cuts, they are leaving one headland uncut; then at the next silage cut the previously uncut area is mowed and a different area of headland is left uncut. Late grazing of permanent grassland has also been explored by some of the farmers.

These grass management techniques aim to help provide bees and other pollinators with the continuous supply of flowers they require to forage on. By alternating headlands, they can also keep the whole field in good agricultural condition. 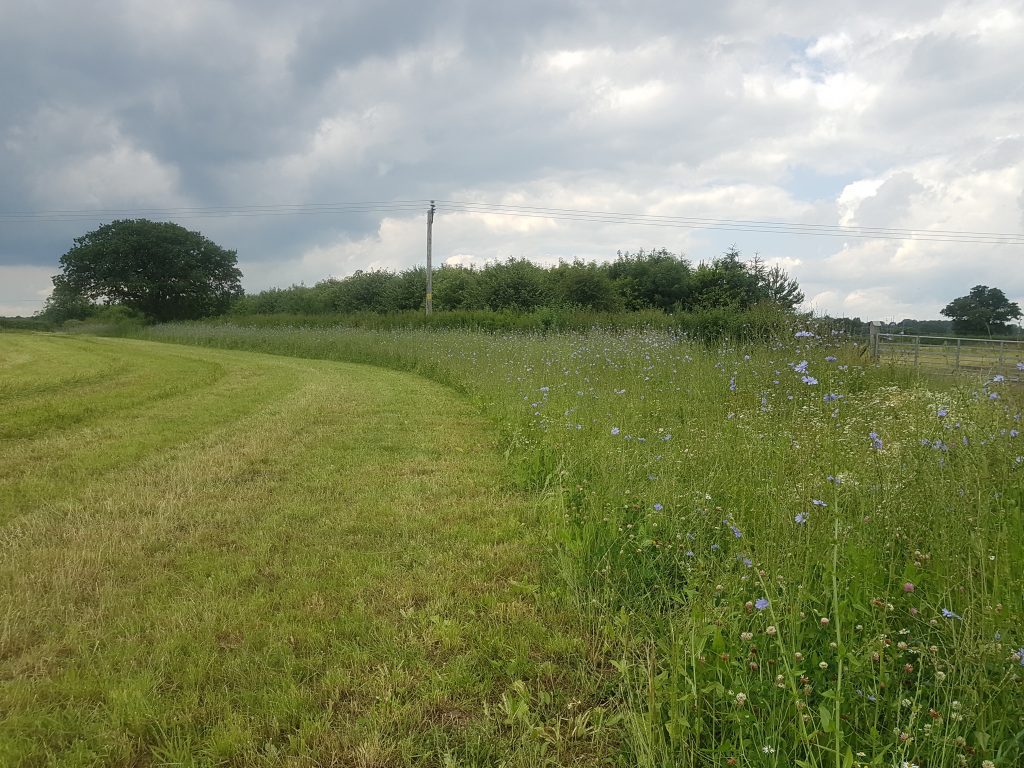 Monitoring by Bumblebee Conservation Trust staff in 2018 and 2019 has shown higher numbers of bumblebees and other pollinators, and also greater numbers of pollinator species, in the uncut/ ungrazed margins compared to cut/ grazed field margins.

With one year of monitoring to go, the results indicate that this is a practical management technique for livestock farmers to help support bumblebee and other pollinator populations, especially in terms of ‘bridging gaps’ in nectar and pollen forage resources throughout the season.

In one survey in 2019 at Cop House Farm, Chester where David Edge milks 300 proCROSS cows producing an average of 7500 litres per cow, pollinator numbers rose from 12 in the cut part of the field to 189 in the uncut margin. 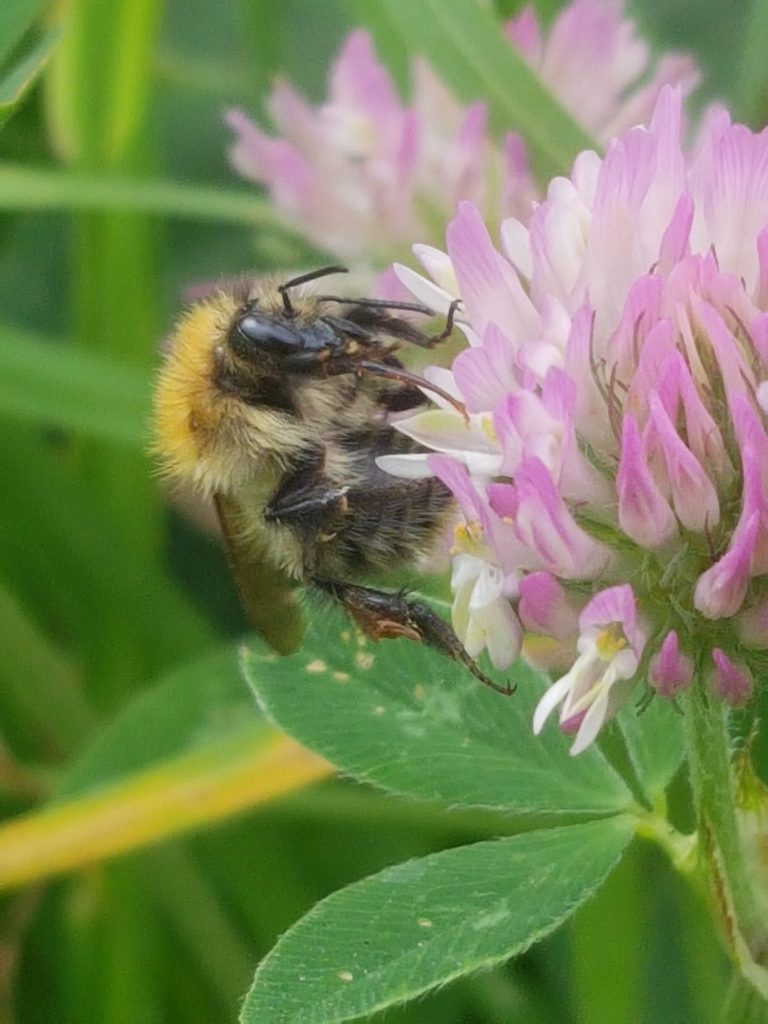 Anna Hobbs, the Bumblebee Conservation Trust Officer responsible for surveying the farms remarked “the results that we have collected so far are really encouraging.”

David Edge, Calon Wen farmers says “We’ve run this project as farmers which I hope will show others how bumblebee conservation can be practical and beneficial to the farm. I believe that more often than not, wildlife conservation can go hand in hand with productive farming.”

Pollination is one of the most critical services that nature provides, underpinning food production and biodiversity. Around a third of the global food crop and three-quarters of British wild plants are dependent on pollination. Compared to horticultural and arable systems, much less attention has been given to how grass-based livestock farming, such as dairying, can benefit pollinator populations.

Watch the Video. for a visual summary of the project.